Orissa Feeney | 3 Mistakes that cause Launches to Flop
21683
post-template-default,single,single-post,postid-21683,single-format-standard,ajax_fade,page_not_loaded,,select-theme-ver-1.8,wpb-js-composer js-comp-ver-4.3.5,vc_responsive 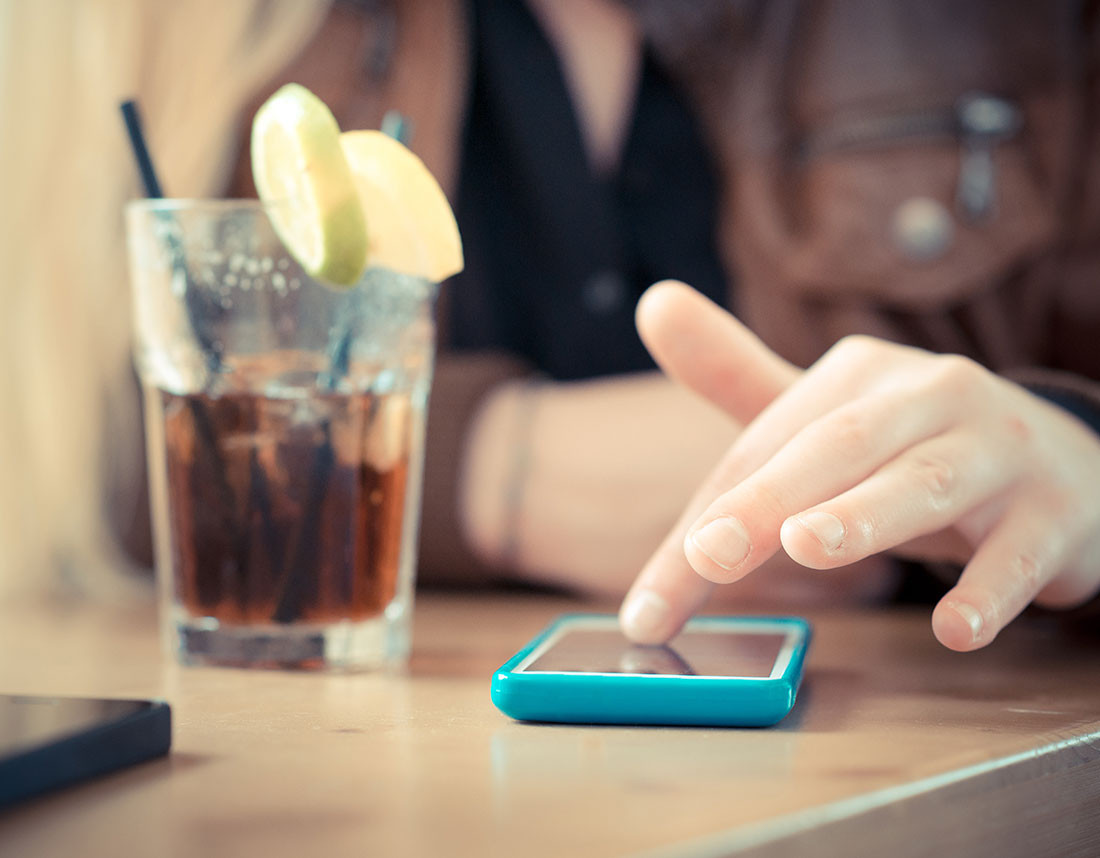 Working with Entrepreneurs who are launching and just observing the various success of different launches – I’ve noticed that there are 3 key area’s that cause launches to fail.

We’re going to go through those now; they generally have something to do with: not getting out there, not sending out the right messages to people, and under-estimating the size of it—the size of the big launch that’s going on. 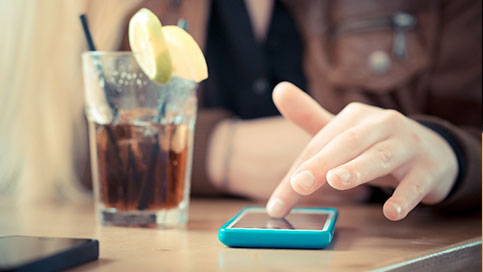 So these are the 3 things that I’ve just mentioned: not enough communication; the wrong content—so you really can send out things that are not leading people to want to work with you; and the third thing is under-estimating how much is involved.

So there’s “The Seven Times Factor,” and you may have seen it around. It says generally as a rule, potential customers need to see an ad seven times or more before they buy. After all, research shows that, on average, you have to see an ad seven times before you even notice it. And to me, the key there is really the word “notice it.” So you might not even hit anyone’s radar if you haven’t at least been in front of them seven times.

If you look at the big marketers, and also if you look at even smaller campaigns, there is something to be said about frequency. So you might feel that you’re in front of people too much, but the truth is they’ve got a busy life going on and you probably haven’t even gotten in front of them enough times.

Now is not the time to get shy! You’ve really got to put on your big girl pants and be ready to put yourself in front of your list and your audience many times during your launch. And this is where people tend to get scared off; they get worried that people are going to see them, going to complain that they’re getting too many emails from them, that they’re popping up on social media too much, that they’re doing too many guest posts, that sort of thing.

But really, it’s definitely all part of the launch process. And as I say, your business is just a really small part of other people’s lives, so it’s easy for them to miss many of these touch points that you have with them, so that’s why it’s really important to be out there as many times as you can.

Once is not enough, twice is definitely not enough. A lot of the time I talk to people and they say, “yeah, I sent out an email a couple of times; nobody bought anything. So yeah, definitely something wrong with my offer.” But really, there need to be at least seven emails, so that’s before they even notice that you’ve got an offer. So yeah, it might seem a bit daunting, but you need to be doing this also in social media, through your wider network, and this is the step that really just can’t be missed.

If you look around at people that are quite successful in their launches, they’ve prepared to be in front of their audience many times; they realize that they’re actually doing them a service, because the offer that they’ve created or the package or whatever their solution is helping people out, so they need to be there in front of them as many times as they can.

Don’t get sentimental about unsubscribes. People always, every time I’ve been to a launch campaign, always get very sentimental about what’s happening with unsubscribes. But it’s just part of the process, and during a good launch, you’ll also be building your list, so it’s just something natural that’s happening. If people unsubscribe, it’s just not he right time for them at that point in time, at that moment. So you may find that they hop back on your list at another point down the track.

I’ve seen people with really big lists of 20,000 subscribers or more that say they just aren’t ready to send out sales email to people, so that huge list that they’ve got is just really not worth anything.

And contrary to that, I’ve seen people with small lists of engaged buyers—I’m talking about less than 200 on their list—that is worth tens of thousands of dollars. So they’re the people who were prepared to actually go out there and be seen, and really step it up in terms of the communication.

So the second point that I talked about was missing the mark with content. So yes, you really need to be communicating your offer many, many emails. So many times you need to be in front of people, but what do you write?

People always get stuck on this point, as well. You don’t want to write dozens of emails that just list the features of your service of program. This is really part of the secret to a good launch: the content strategy of your launch. I will go into more detail about that.

My general strategy is in four stages. There are usually a few emails or a few content pieces during every stage. The content pieces don’t necessarily always have to be emails; they can be videos, or webinars, or blog posts, or social media campaigns.

The initial stage, I call the ‘Attention’ stage. This is where you’re trying to capture the attention of your audience. Generally you’ll be challenging a perception that they have about what it is you’re providing a solution for. You may also be agreeing about with they’re saying. So you might already be in agreement about some conversations that are going on, but generally at that stage you’re looking to get attention from your ideal clients.

During the next stage, I call the ‘Aspiration’ stage. This is where you’re providing a big vision for your ideal clients. Often our customers, when they’re on their journey, before working with us, may not even know what’s possible. So if you’re thinking about, perhaps you’re a business coach and people are wanting to get started, just looking for their first client, they’re not thinking about the bigger picture. But that’s really what you want to be providing during this aspirational stage. So what it would mean to run a lifestyle business, what it would mean to be able to work from home, and those bigger vision pieces. So that’s what happens during that second stage.

Then in the next stage, it’s the ‘Analysis’. This is what it means for them; you start to handle objections, so some natural things that come up—often, especially with higher ticket programs, cost, investment, those sorts of things. That’s where you tend to start to address these concerns, in the third stage of your content—talk to these sorts of ideas that people have.

In the fourth stage, this is really your ‘Advocates’. I try to keep it all ‘A’s there, so I can remember it, mostly! My son would love it because he loves the idea of alliteration; everything starting with ‘A’. So your advocates are really your testimonials and your case studies. This is where people are able to see the results that you get; what you’ve been able to do for people in the past.  It doesn’t necessarily have to be exactly what you can do for them; it’s just giving them a picture of what is possible. Then they can put themselves in that position and translate what that actually really means for them.

So there are the four stages of content that I would suggest that you set up for your launch.

How many moving parts are underestimated

The third big mistake that people are making is really underestimating how many moving parts there are to a launch. So you’ve probably got a lot going on if you’re doing a big bold launch; if you’re looking to provide everything that needs to happen so that you can hit your big targets. Between sales pages, opt-ins, interest lists, webinar dates, graphics, tweets, posts, autoresponders, ads, and there’s so much more as well. There’s a lot of things to be across during your launch.

That’s why I would say, if you don’t have all those pieces mapped out, if you don’t have a plan to work to, it’s really easy to leave yourself short of time and have other people missing their deadlines as well. If you’ve got other people that are involved, you need to make these things clear to them, and also be across when you’re expecting things to happen from them.

Successful launches require a lot of energy. With the clients I’ve worked with that have had fabulously, amazingly, successful six-figure launches on their first program, things like that, I do see that it takes a lot of their energy. Often when you’re launching, you might be doing it with other peers that are also launching at the same time, so you can’t really rely on them to be lifting you up and supporting you.

It’s a good time to start to think about scheduling in some personal care. As part of your launch plan, you should really consider maybe having someone help you out with the kids, maybe the hubby can cook dinner during that time, or you plan to go out a little bit. And also a lot of rest, as well. It’s important to be getting early nights, to schedule in massages, things like that during your launch. So that’s definitely something I would recommend that you do.
What will you do to make your next launch a success?